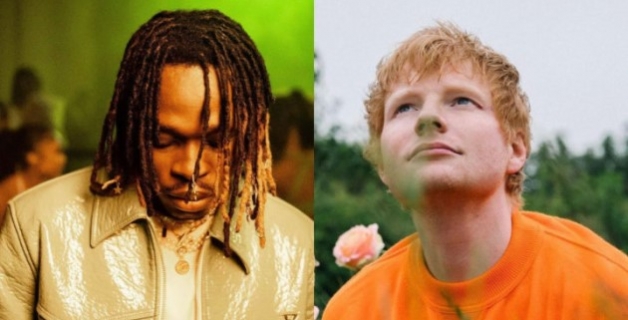 English international superstar Ed Sheeran jumps on Fireboy's hit record 'Peru' and they birthed a mellifluous remix. Produced by renowned beatmaker Shizzi, 'Peru Remix' serves as the singer's second output for the year, following the release of the previous version.

Speaking on how he got to be featured by Nigerian sensational singer, songwriter, and performer, Fireboy DML, Ed Sheeran stated that a friend sent the original song to him, telling him that the YBNL star would love to have him on the remix. He went on to state how much he loves the song, as it has been on repeat.

Furthermore, Fireboy DML also recently announced the details for his Apollo US Tour including dates and venues for the tour in 2022. Apollo is the title of his sophomore album which was released last year. He will visit cities like New York, Chicago, Houston, Dallas, Denver, and Los Angeles on his month-long tour just after thrilling his fans at home in Lagos in January.